The third phase demolition started during February half term. Space is being created for a new science lab on the ground floor and our design technology computer room is being refurbished.  This phase includes the refurbishment of two science laboratories on the first floor.

The second phase of the building works were handed over to the school on 28th February.   This phase included the refurbishment of 3 English classrooms and 3 Maths classrooms in addition to the external re-cladding of the building.  Each classroom has a mechanical ventilation system installed ensuring classrooms are better ventilated and a comfortable climate is maintained. The rooms and corridors have a bright, fresher feel to them.

The first phase is perhaps the most complex. It involves the middle section of the building, which houses the canteen, kitchen and other services. This means our catering capacity is very much reduced during this phase, but we look forward to a much improved, larger dining space when completed. Additionally, we gain a new classrooom thanks to the space gained from the removal of the balcony, as well as the loss of some extra storage space. 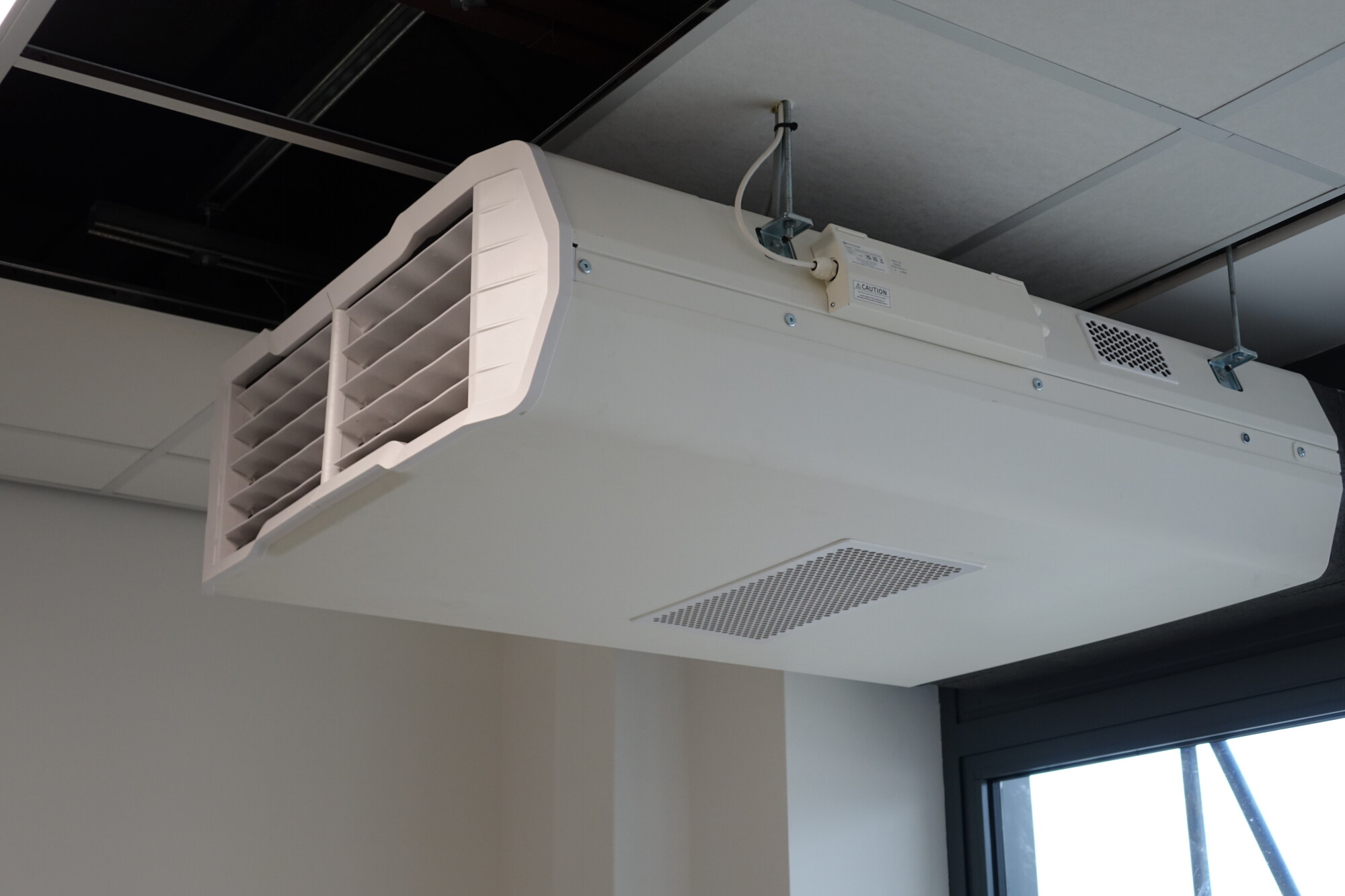 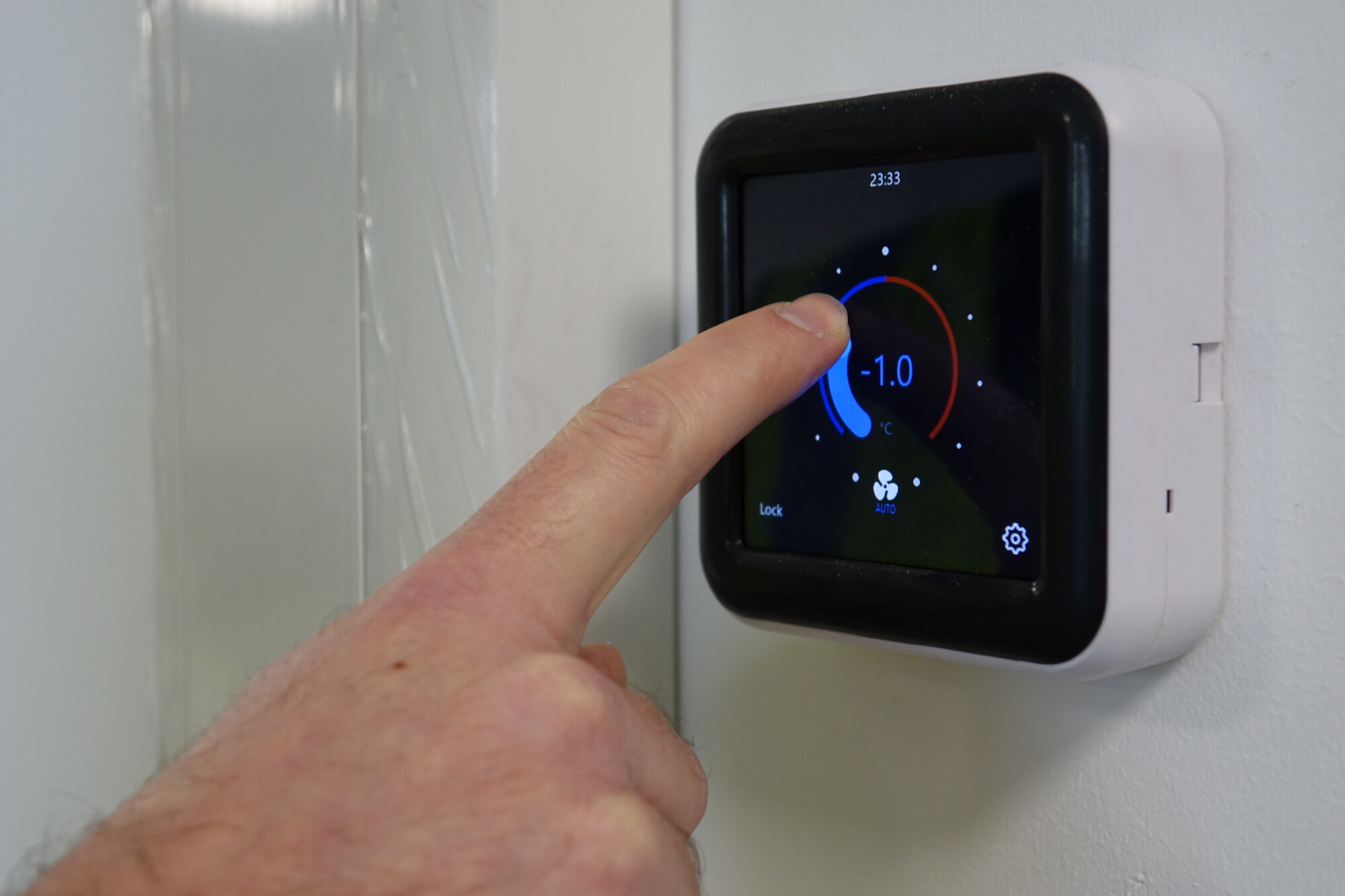 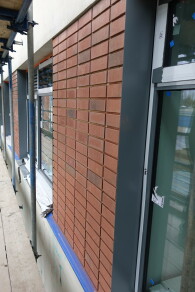 Phase one of the SCOLA recladding project slowly drew to an end. Carpets and flooring were laid, walls painted and the exterior cladding started to be put in place. From the photos you can also see the new temperature control extractor fans were added into each classroom to aid against excess heat and ensuring a suitable classroom climate - best for learning. New lights were installed throughout the corridors which, in conjunction with the lighter floors and white walls, really brightened these spaces and made them look bigger. 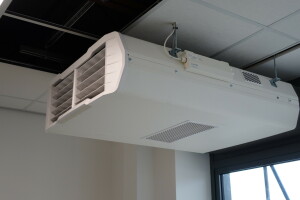 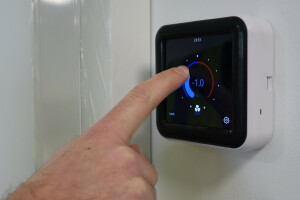 Out the box canteen 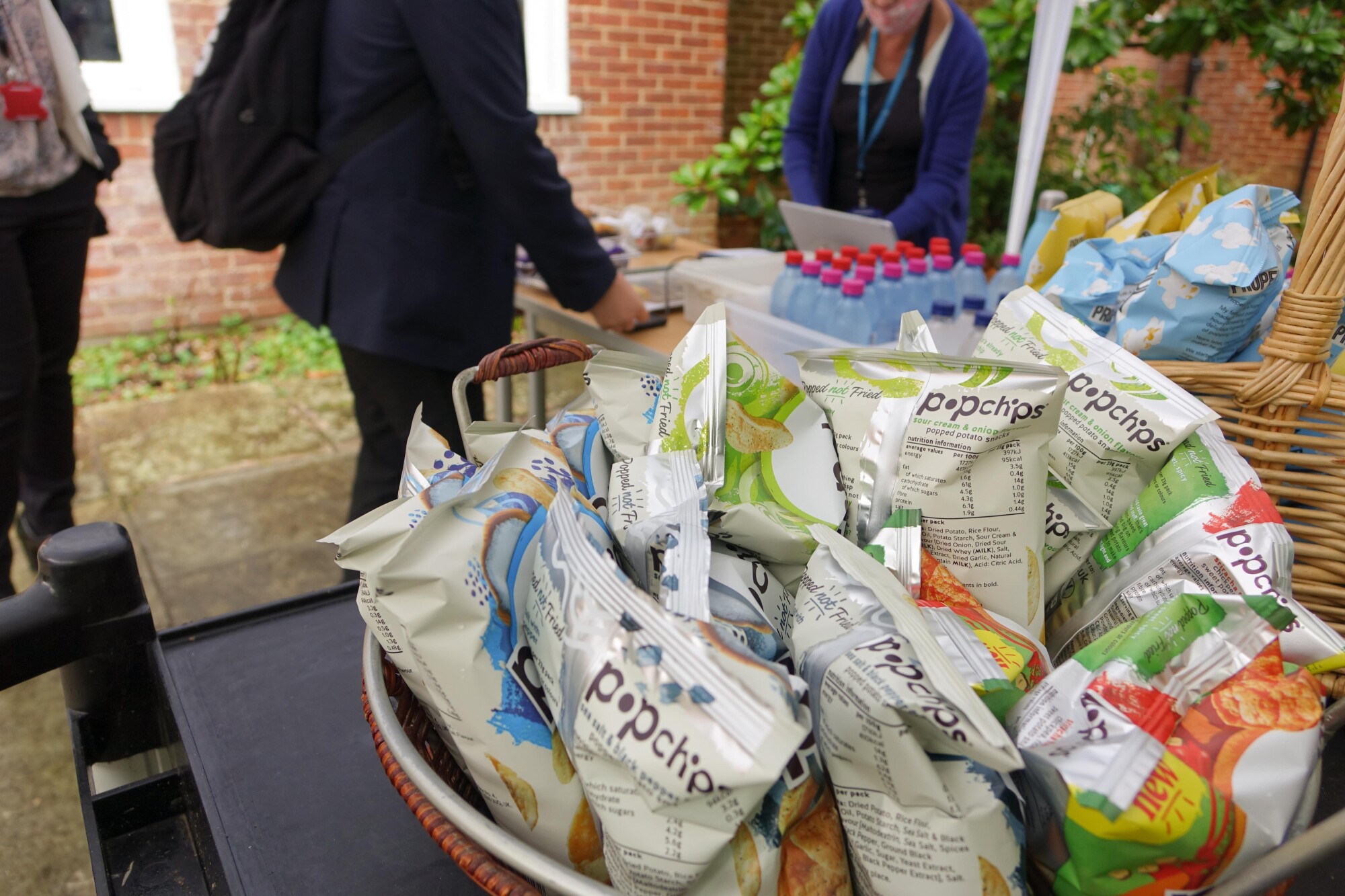 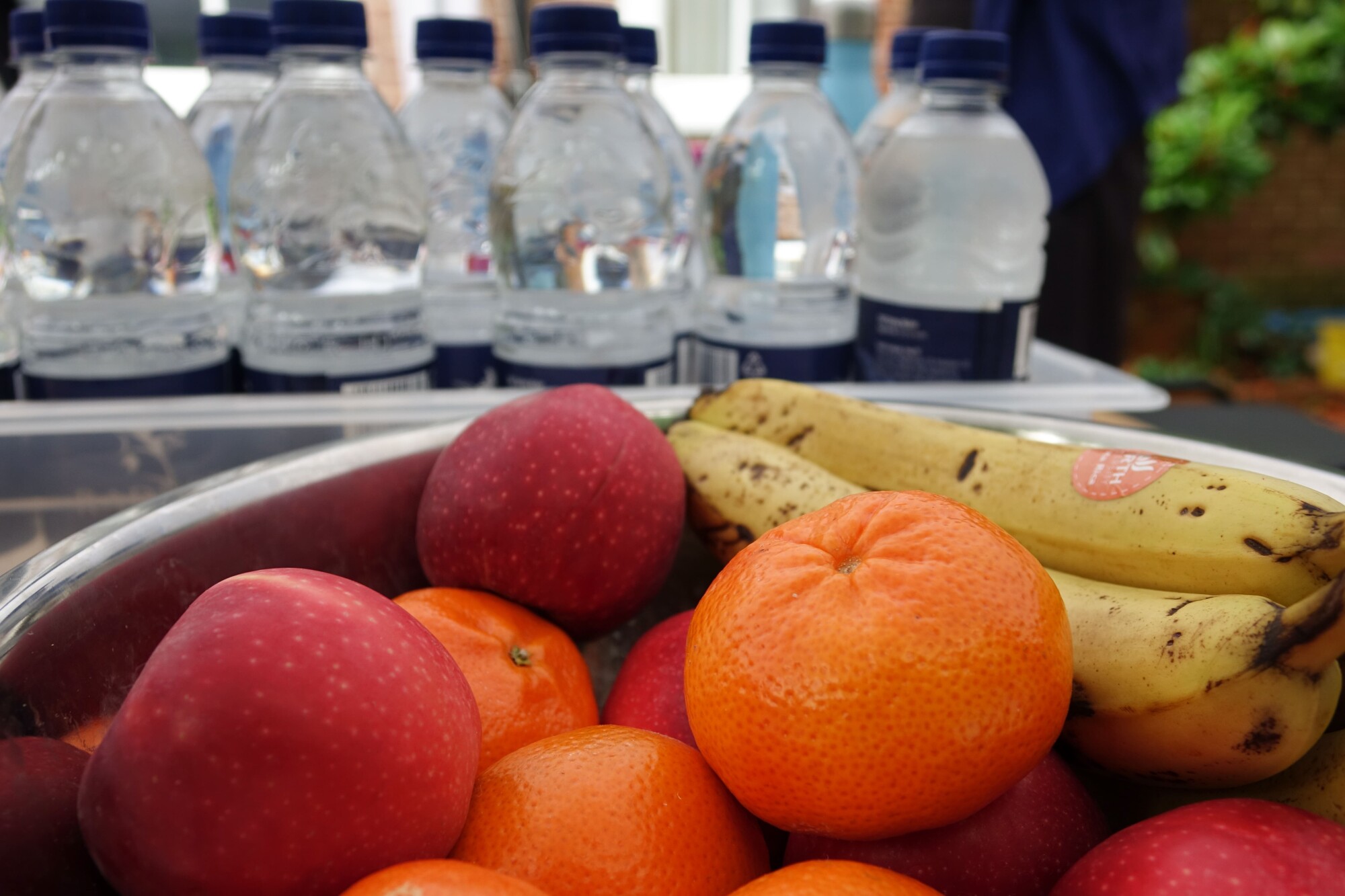 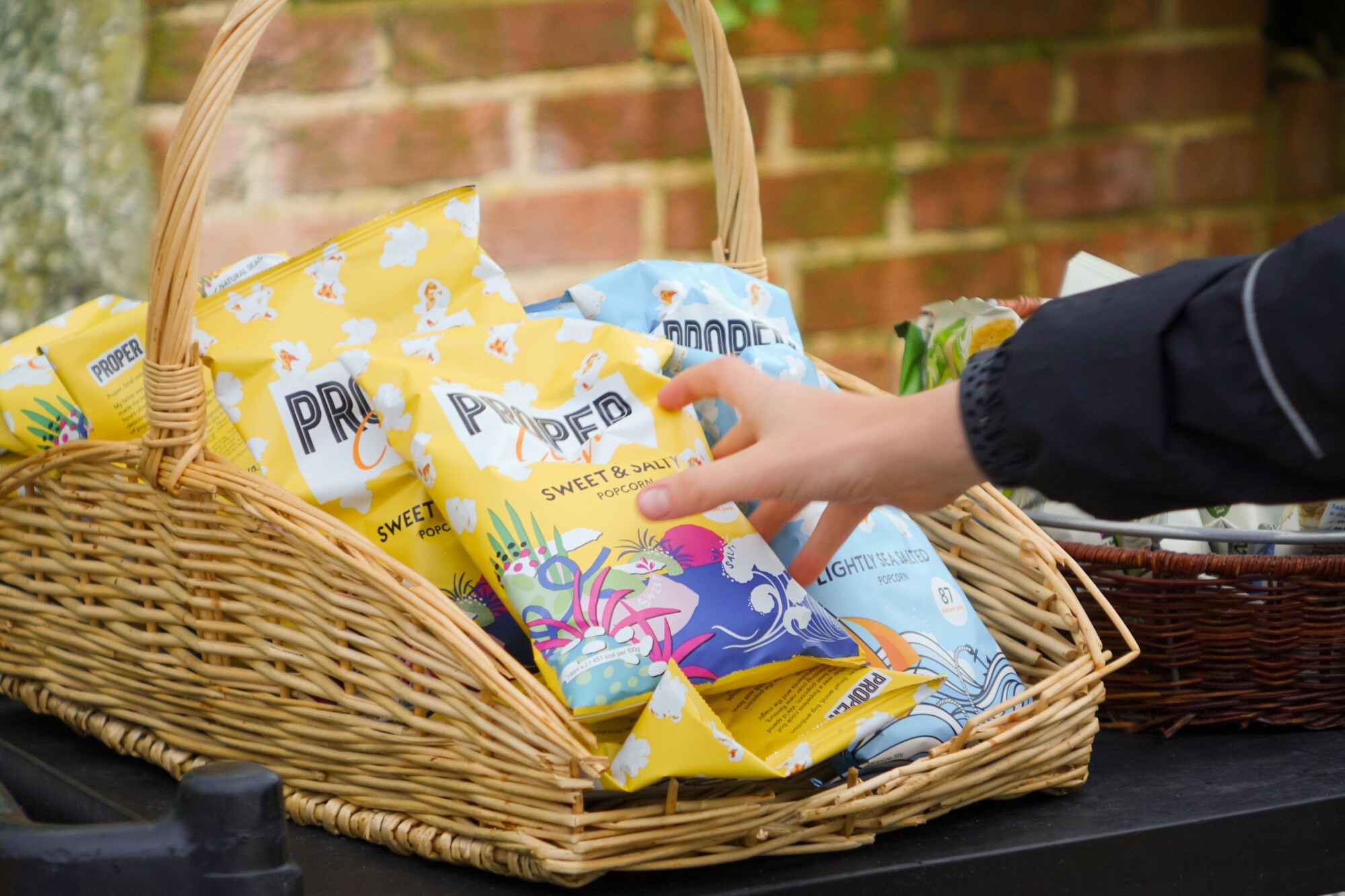 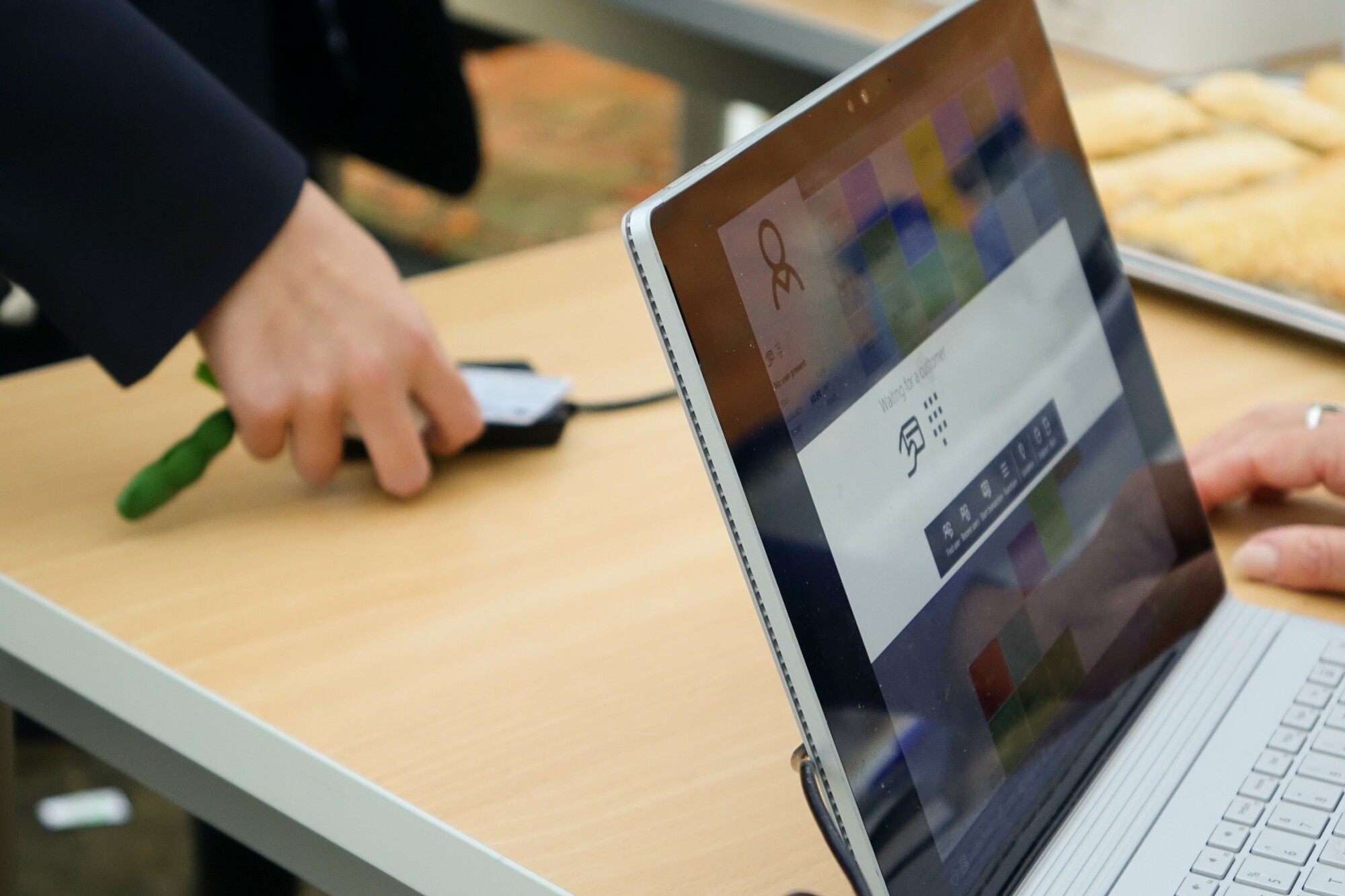 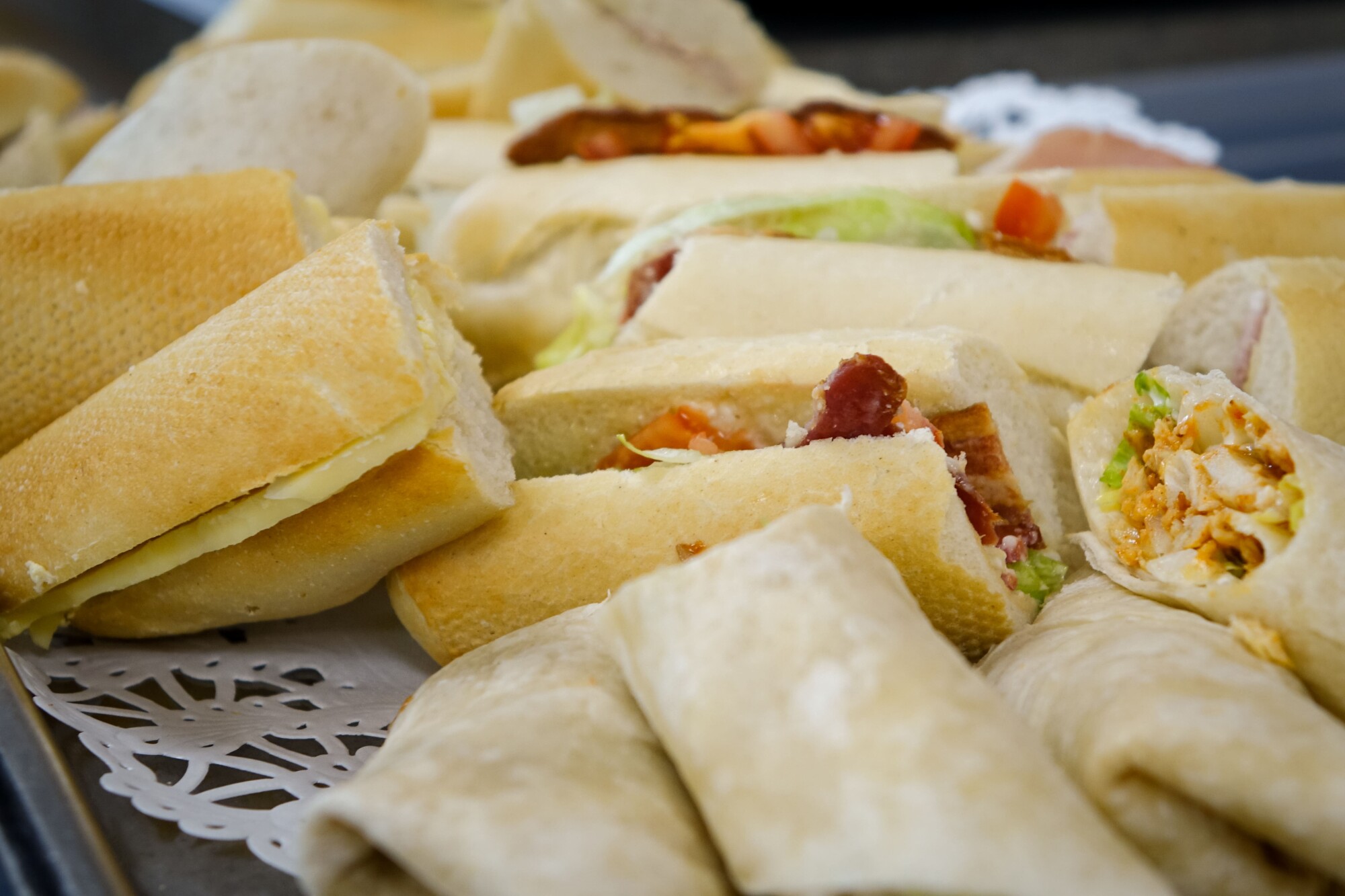 Whilst our kitchen and dining room were out of action, our canteen staff were working hard to deliver a varied menu whilst preparing food from our TCS Staff Room! Additionally, we assembled a gazebo in our Jubilee Garden from which to serve the food. We are very proud of our canteen staff making the best out of a difficult situation, but we eagerly awaited the opening of the SCOLA canteen it would be worth the wait!

We had many positive responses to our Prefect SCOLA Tour video, which was shown during our Open Mornings. We also displayed our SCOLA plan posters that laid out in-depth changes to our SCOLA building. 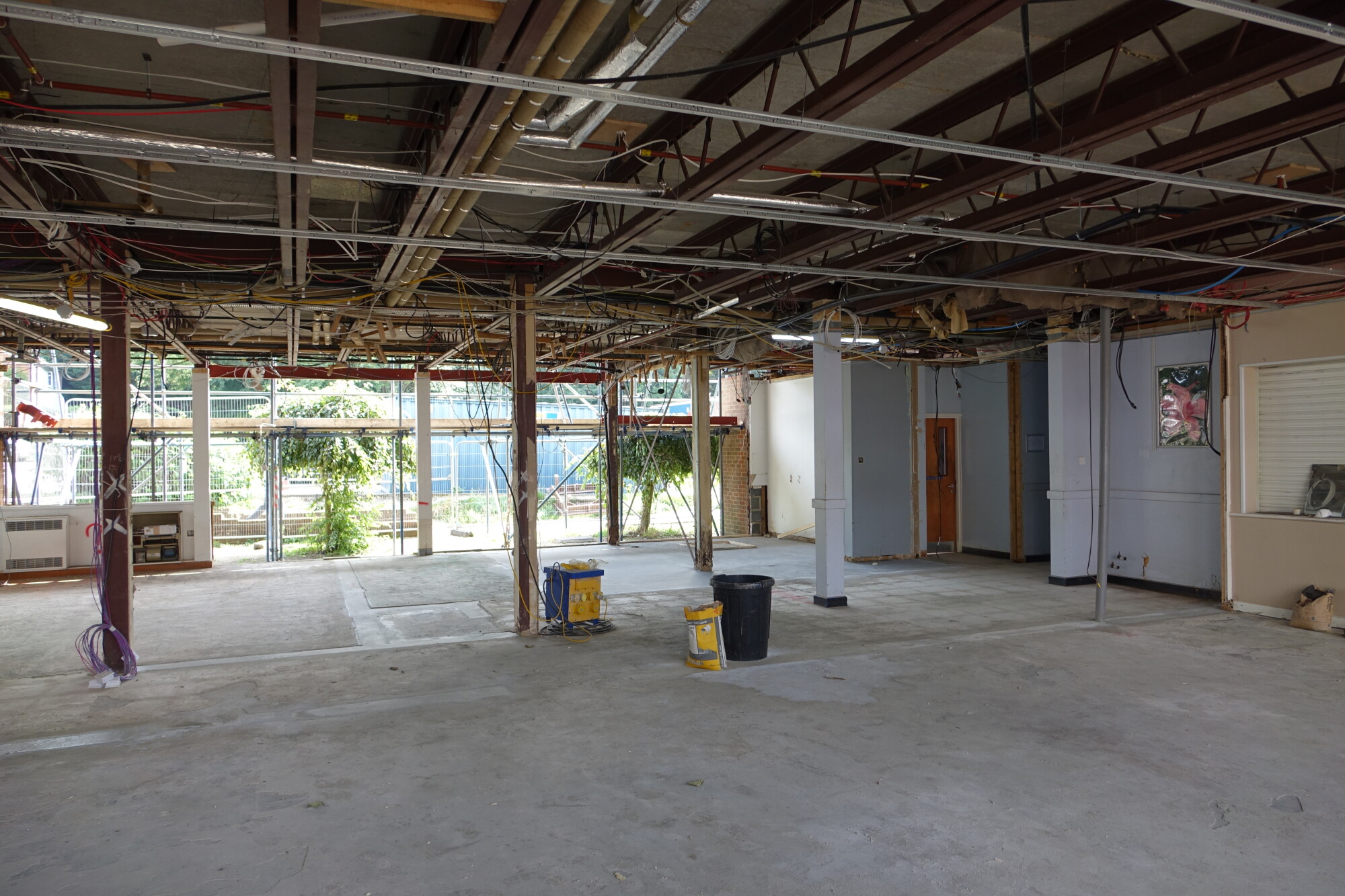 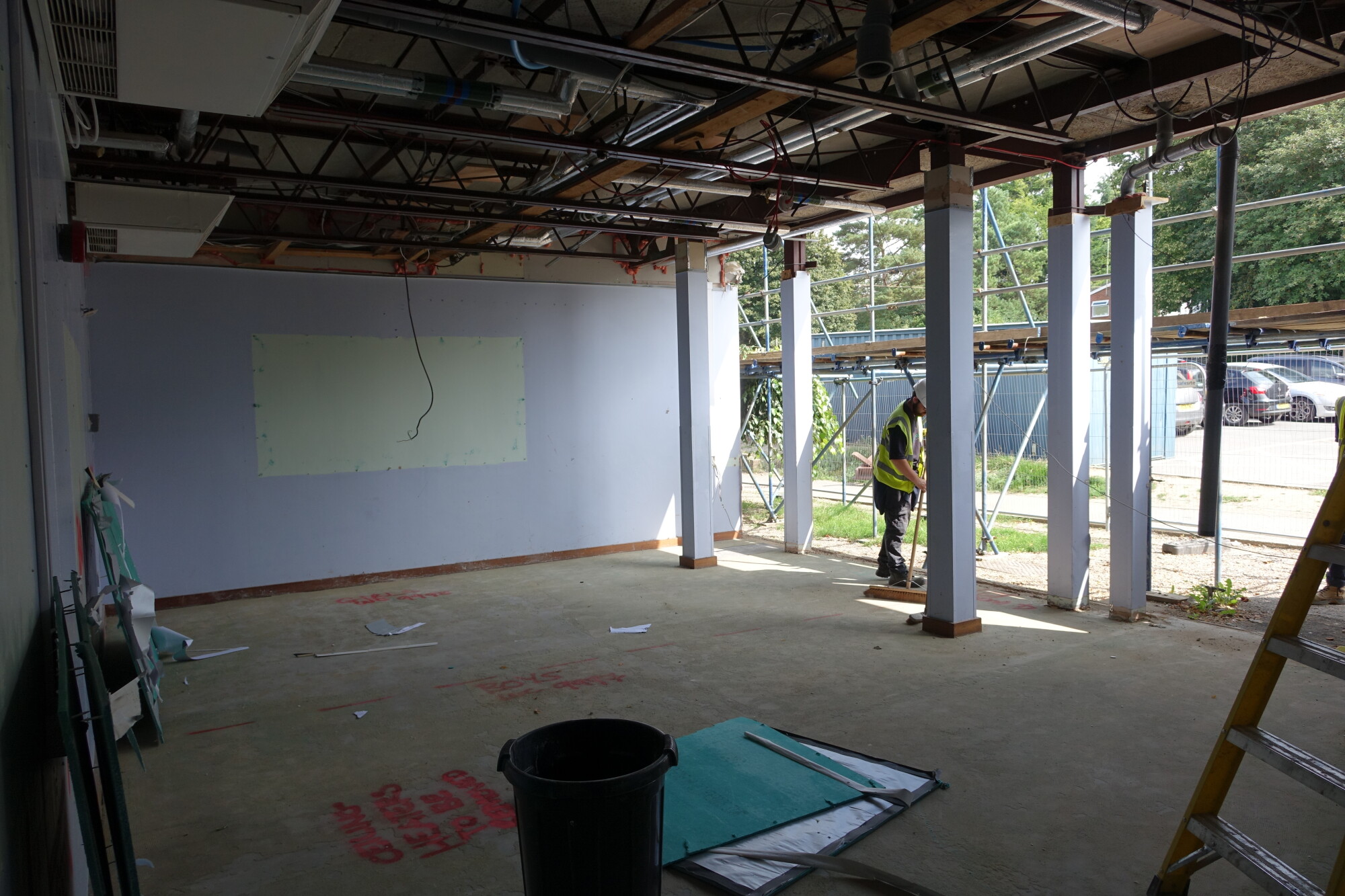 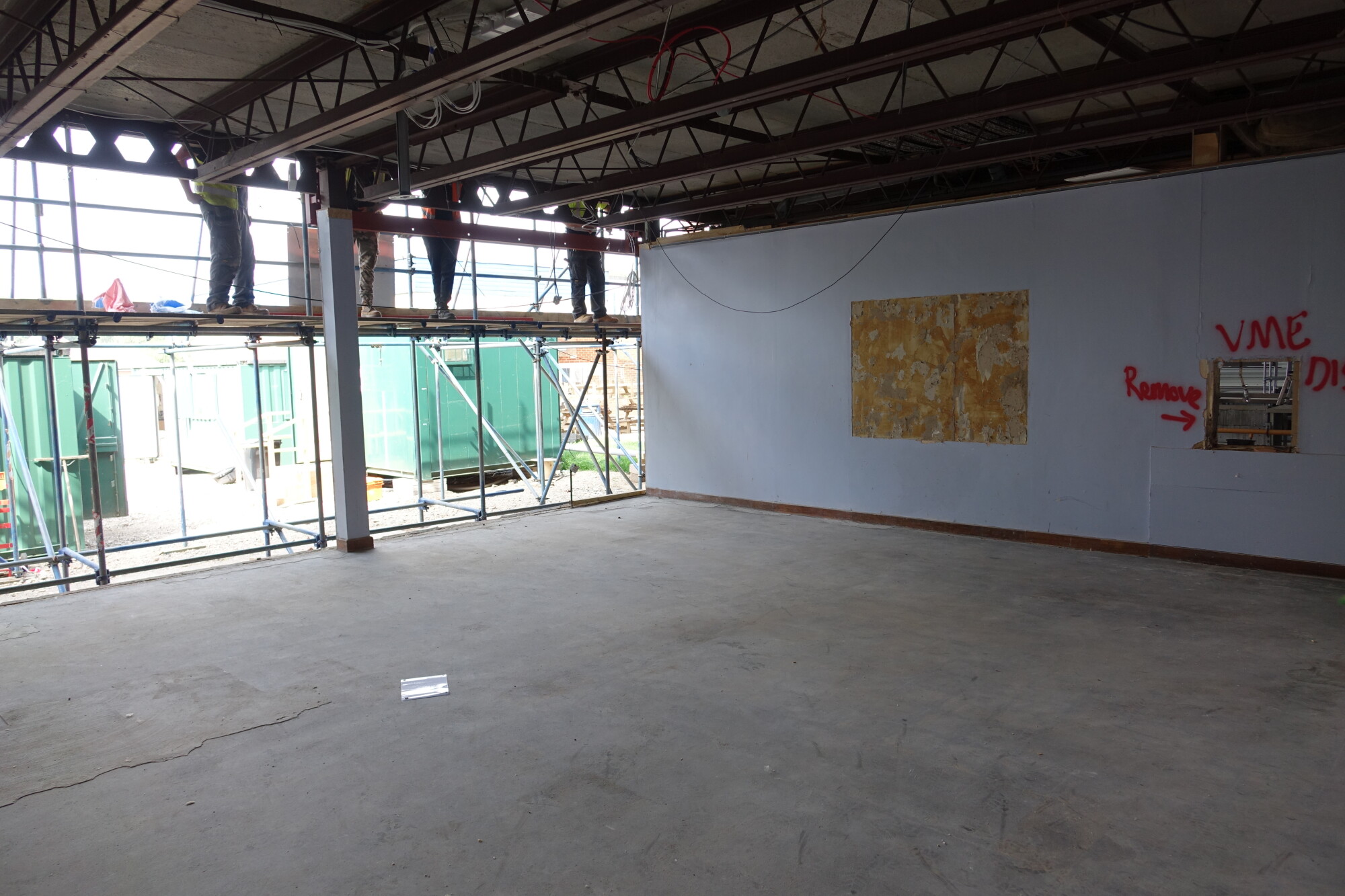 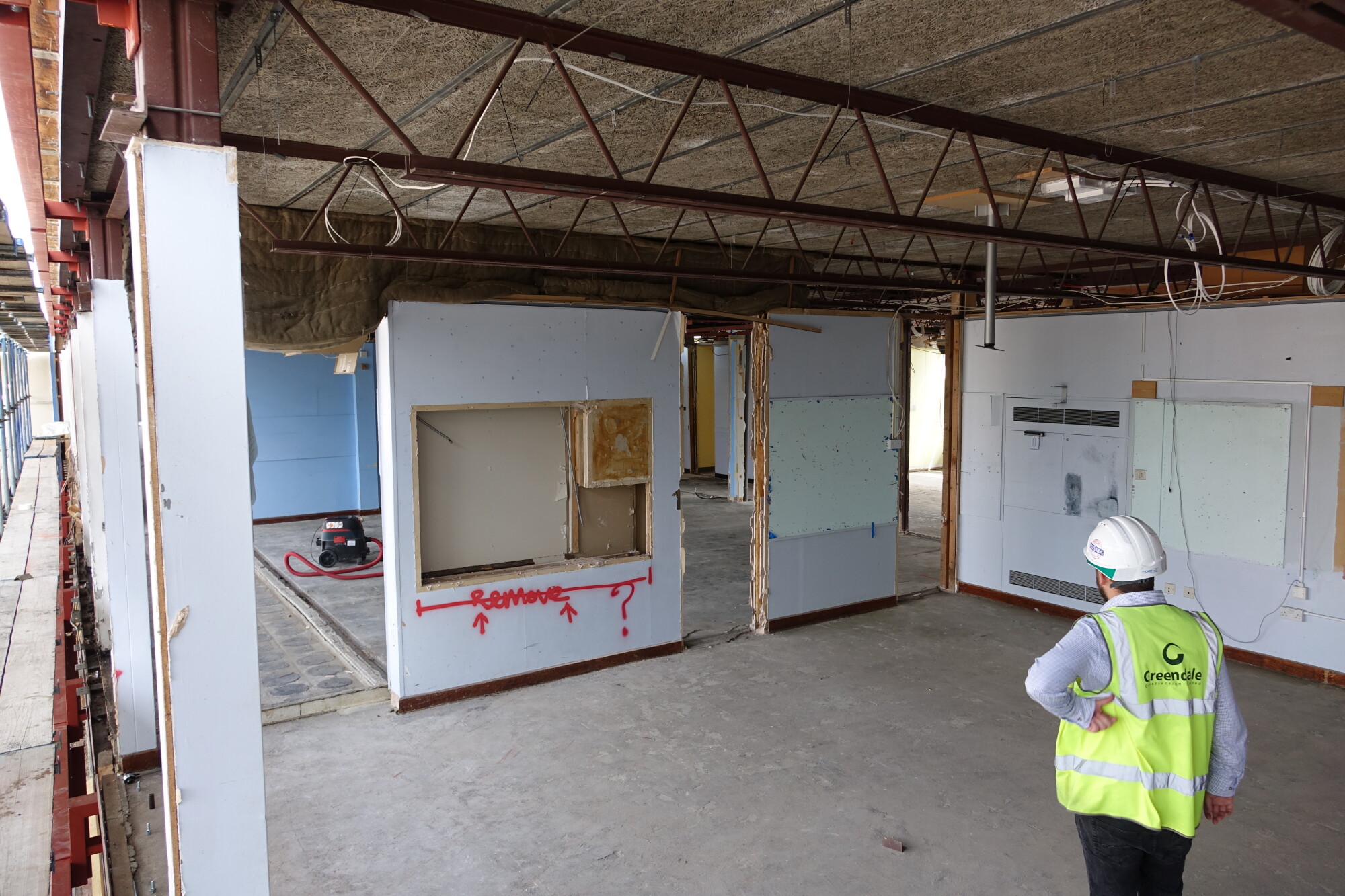 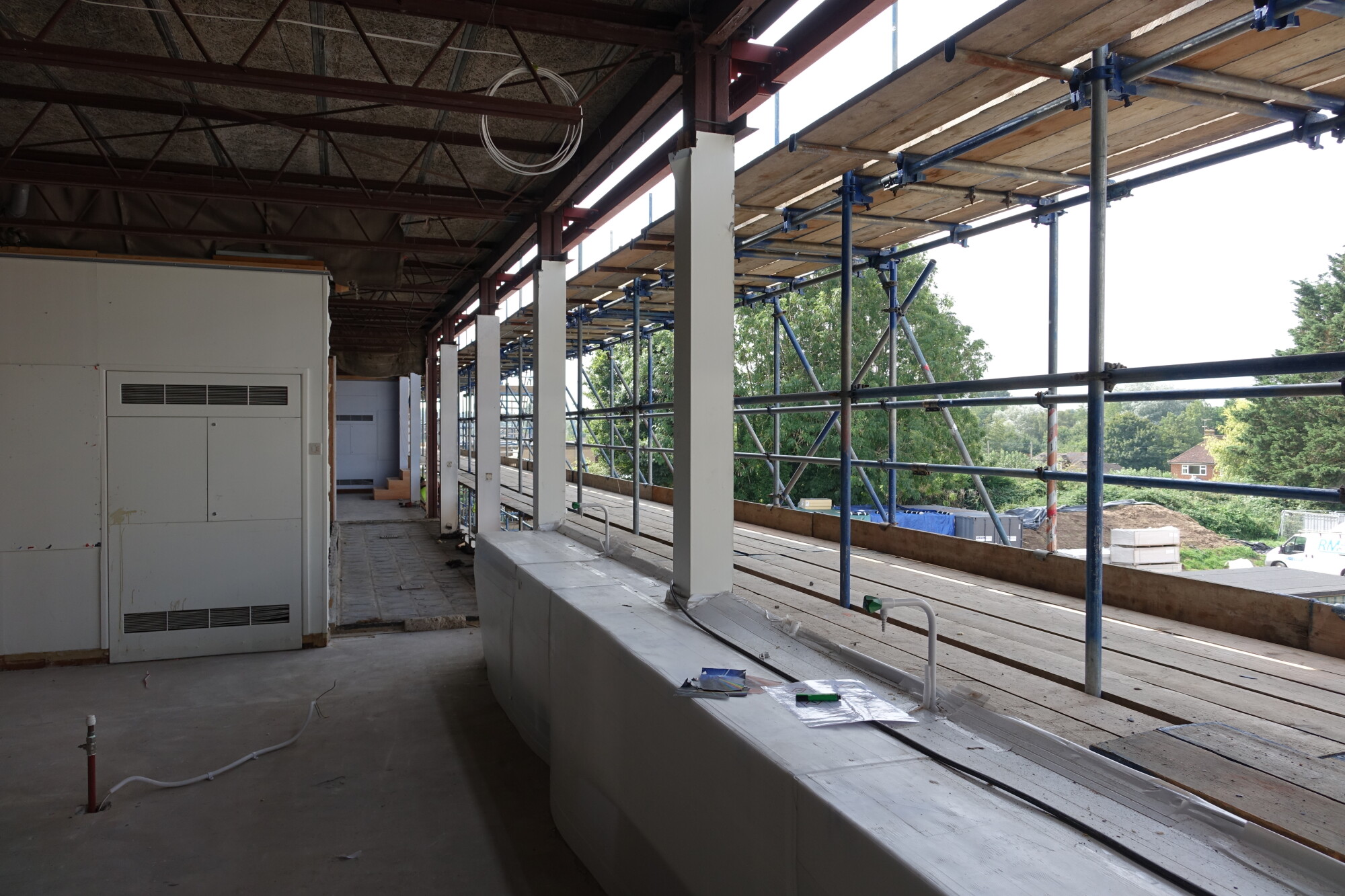 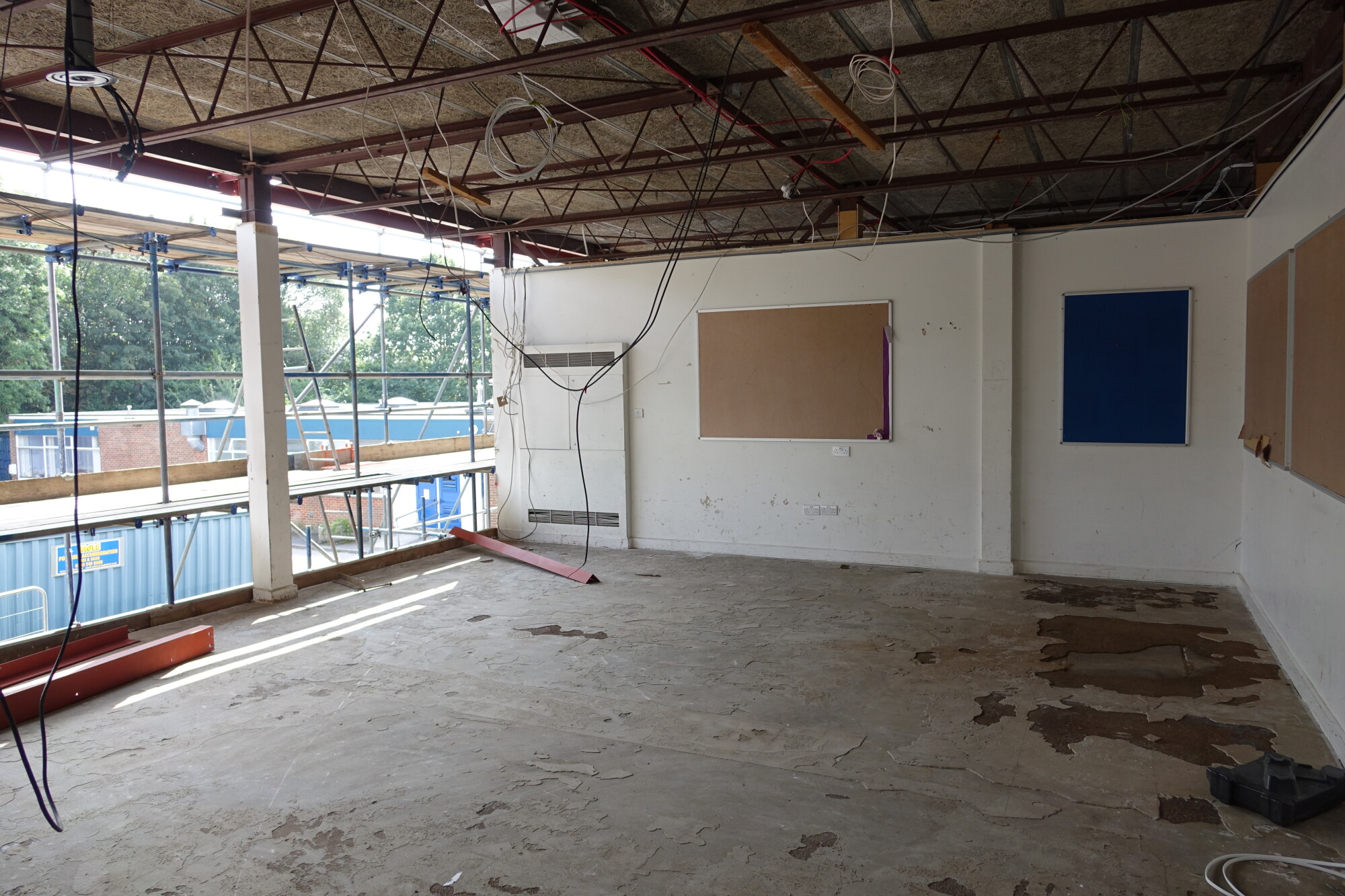 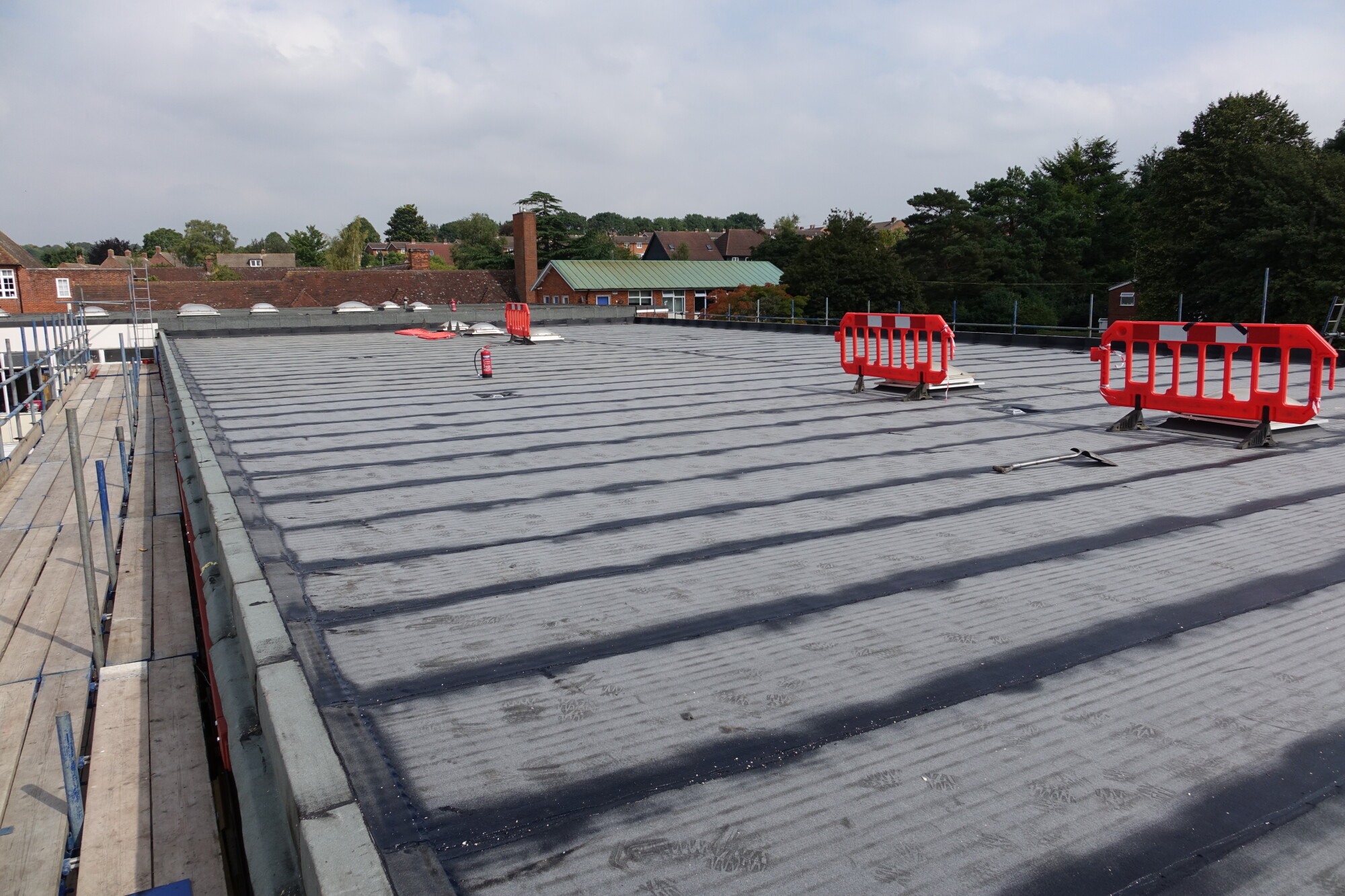 The work continued as our students returned from their much-needed summer holidays. As such, a portion of Maths, English and Science lessons were timetabled to take place in the new modular classrooms located on our field.

New insulation was fitted to the SCOLA roof, which will improve temperature regulation, providing better learning conditions during the height of summer or the depths of winter.

Our senior leadership prefect team were allowed on site to document the changes to the SCOLA, as well as provide an informative video that we played during our Open Evening to give parents an idea of what to expect. 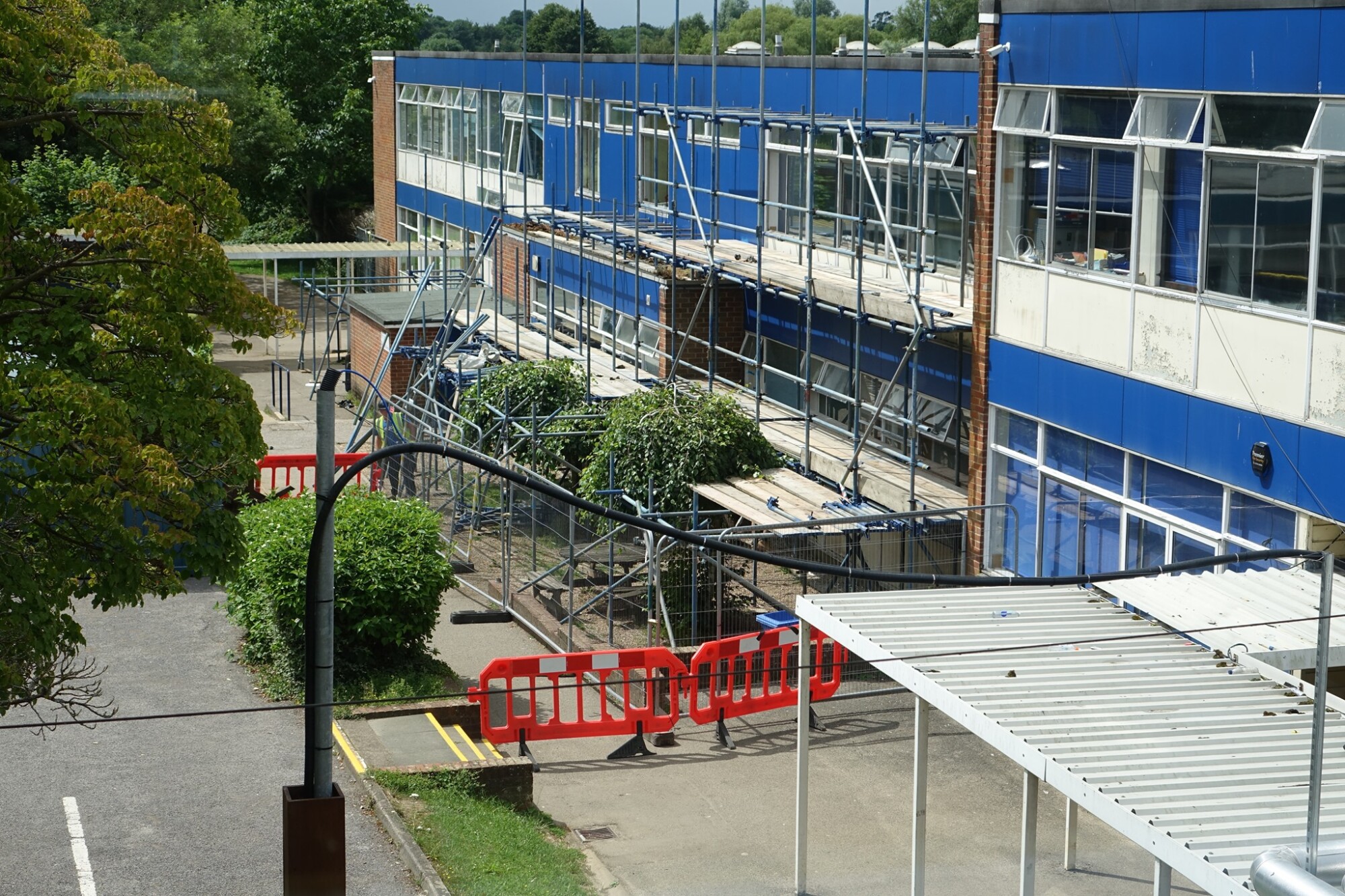 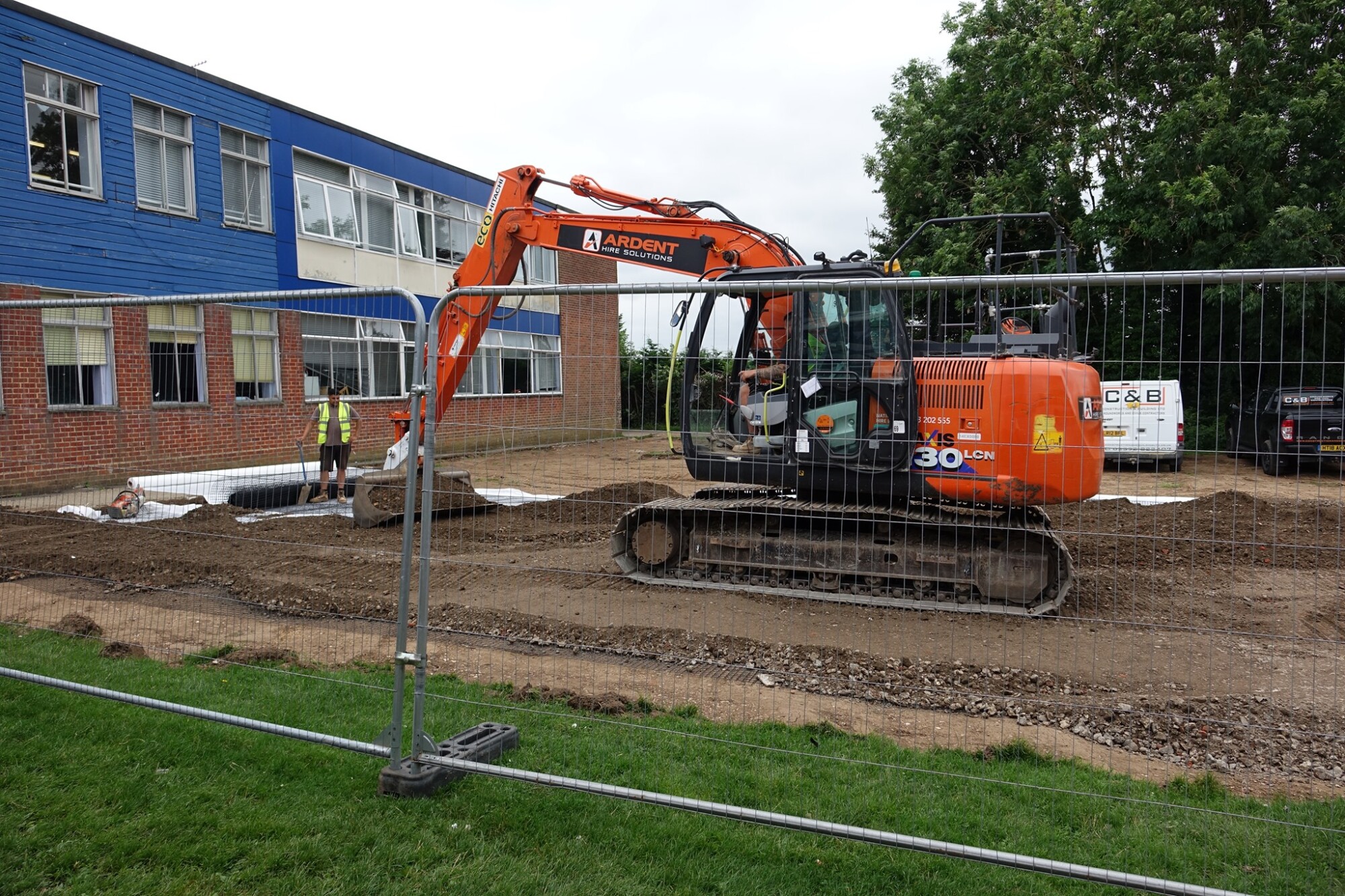 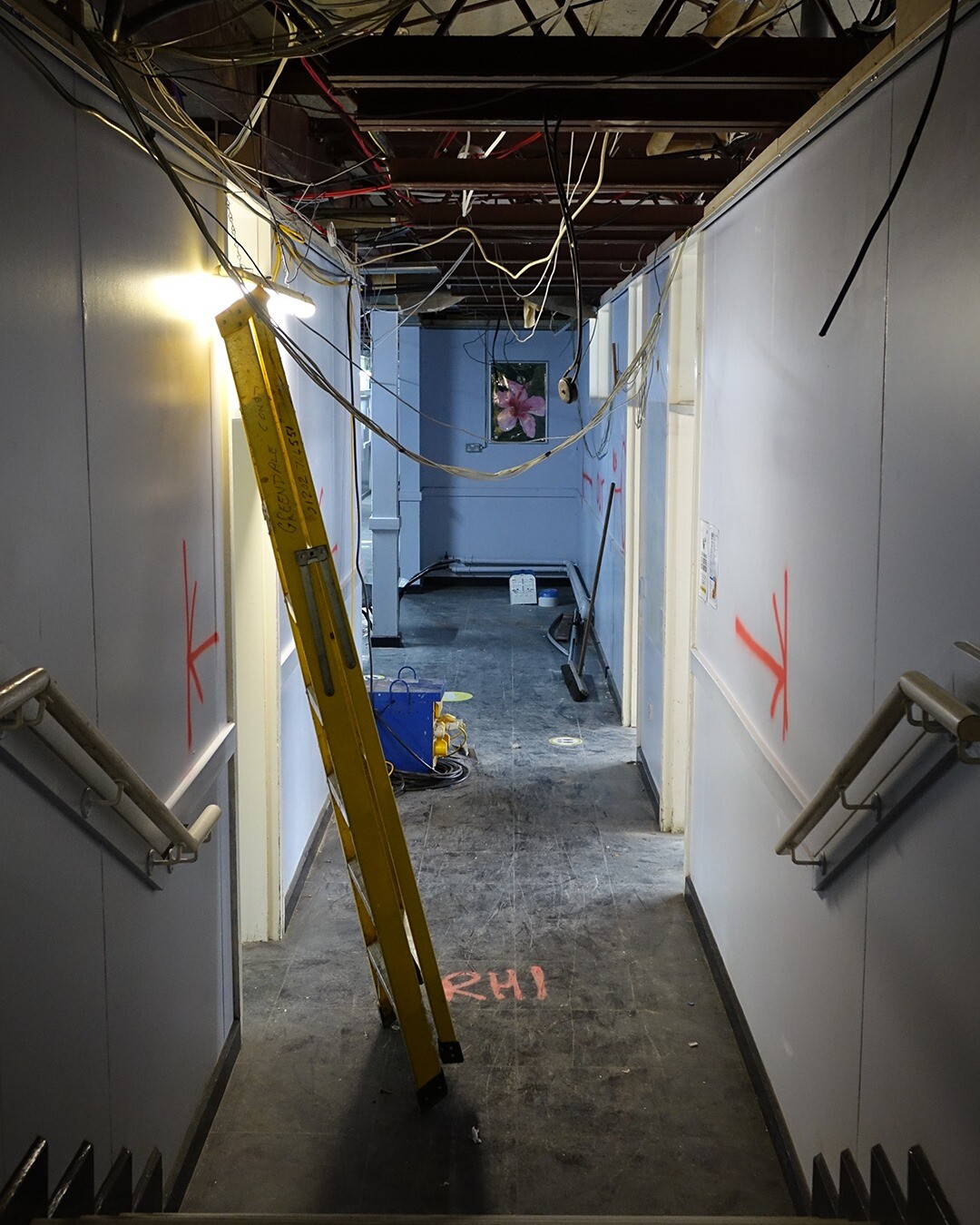 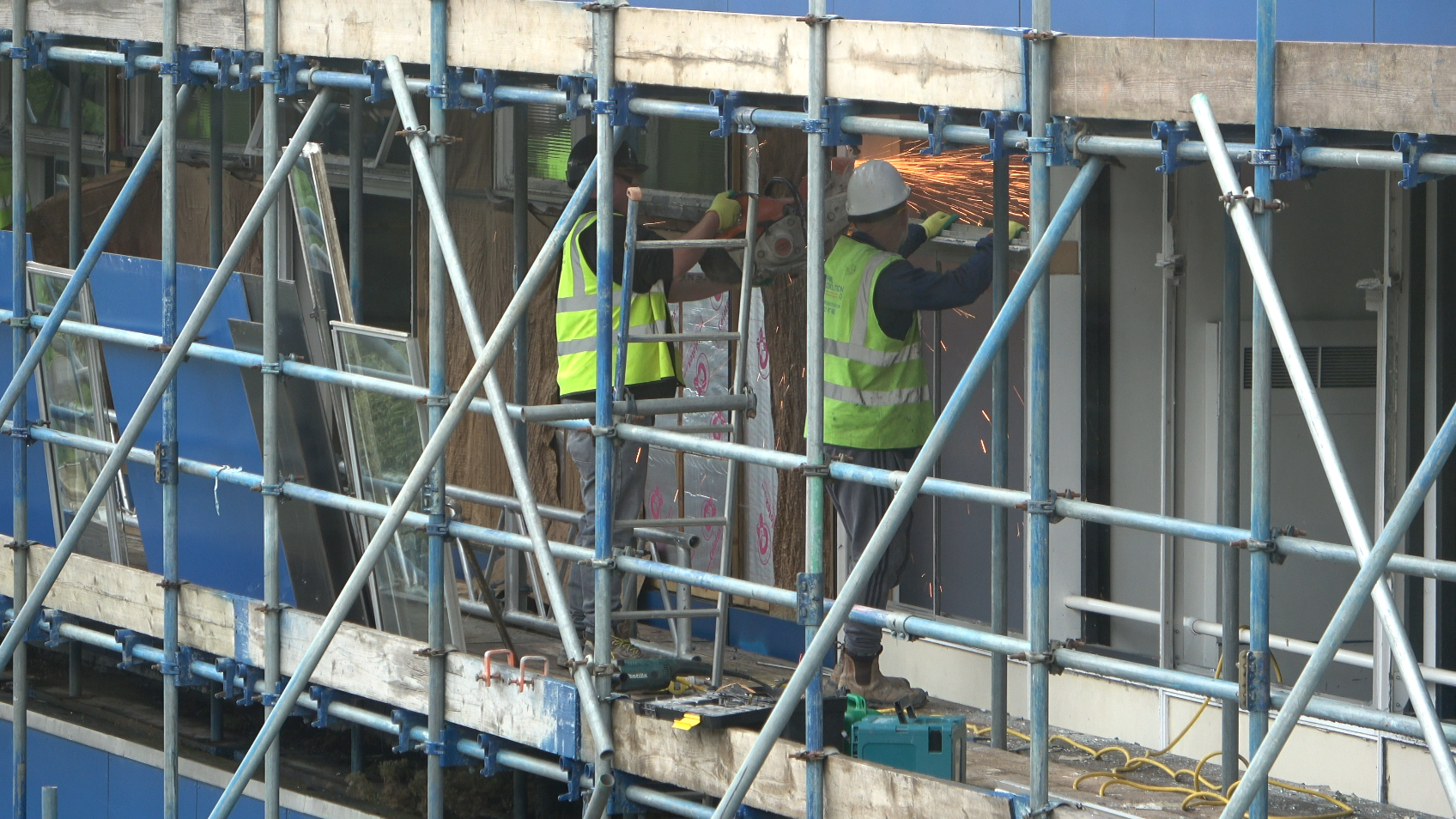 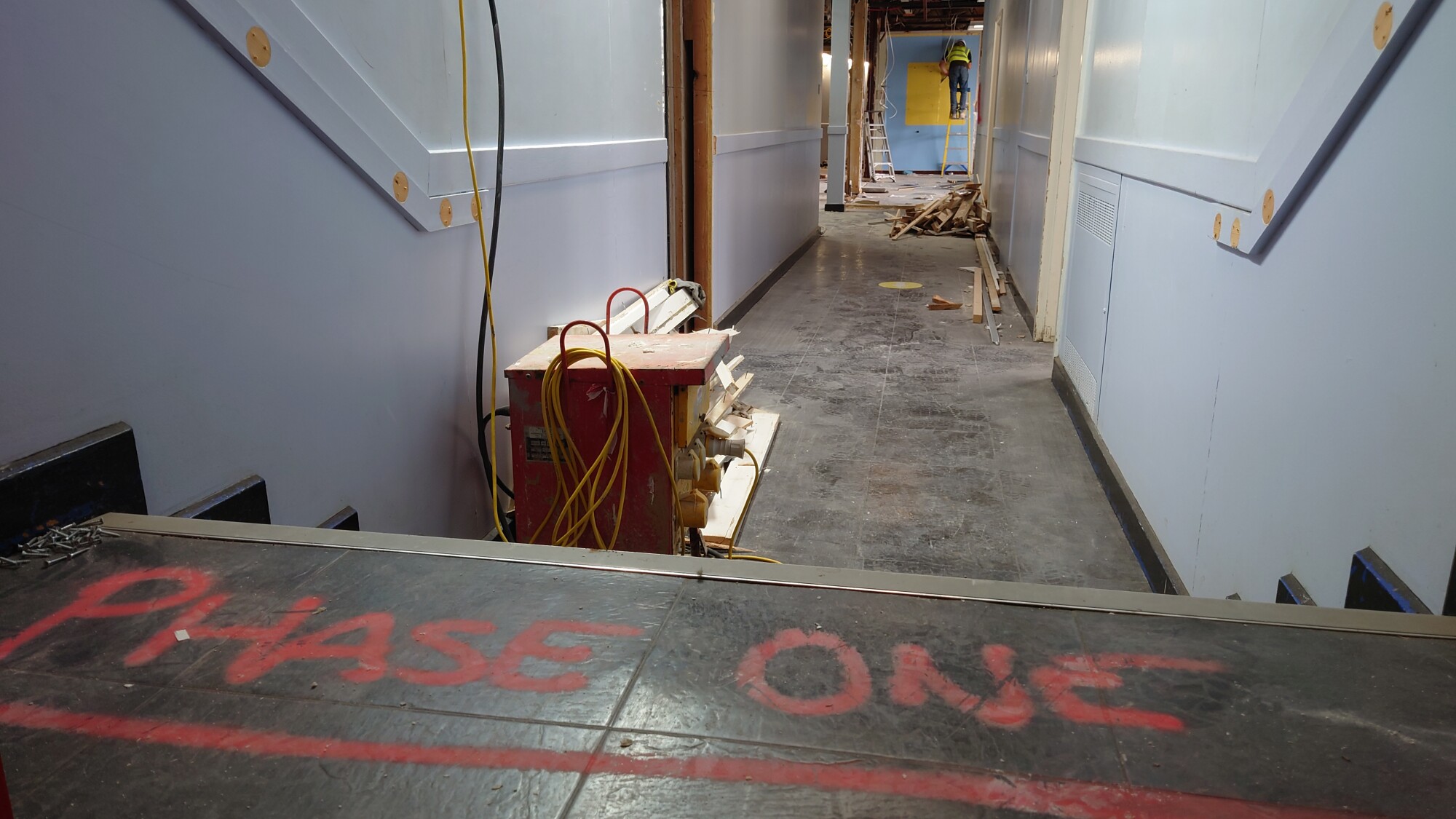 The canteen has been extended into the retired Room 24, as well as into the now redundant hallway. This bigger space will allow for a better dining room experience.

Alongside the room layout rearrangements, the majority of the electrical work was laid down, as well as adjustments to the plumbing to compensate for the bigger, more modern student toilet facilities. 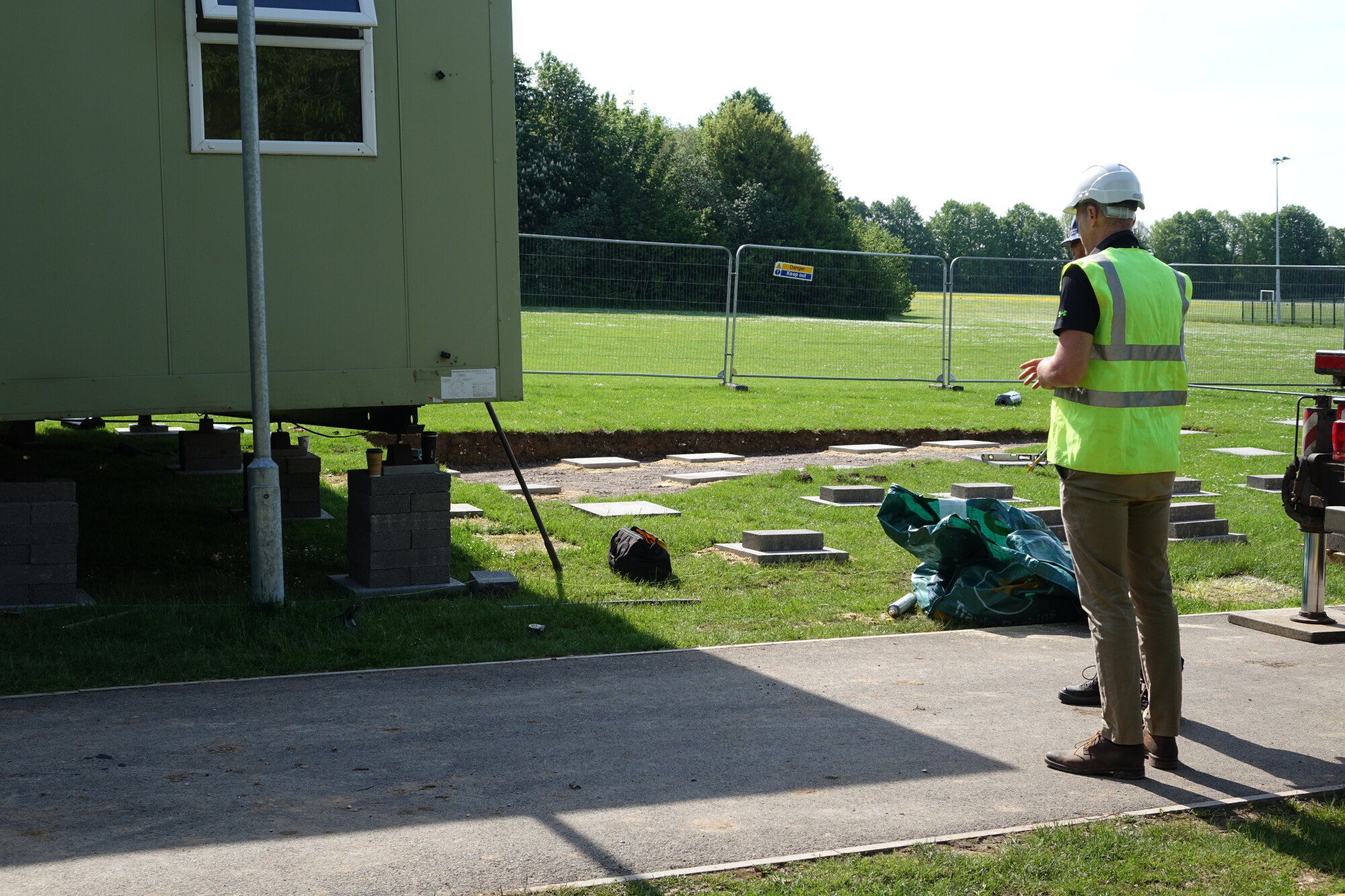 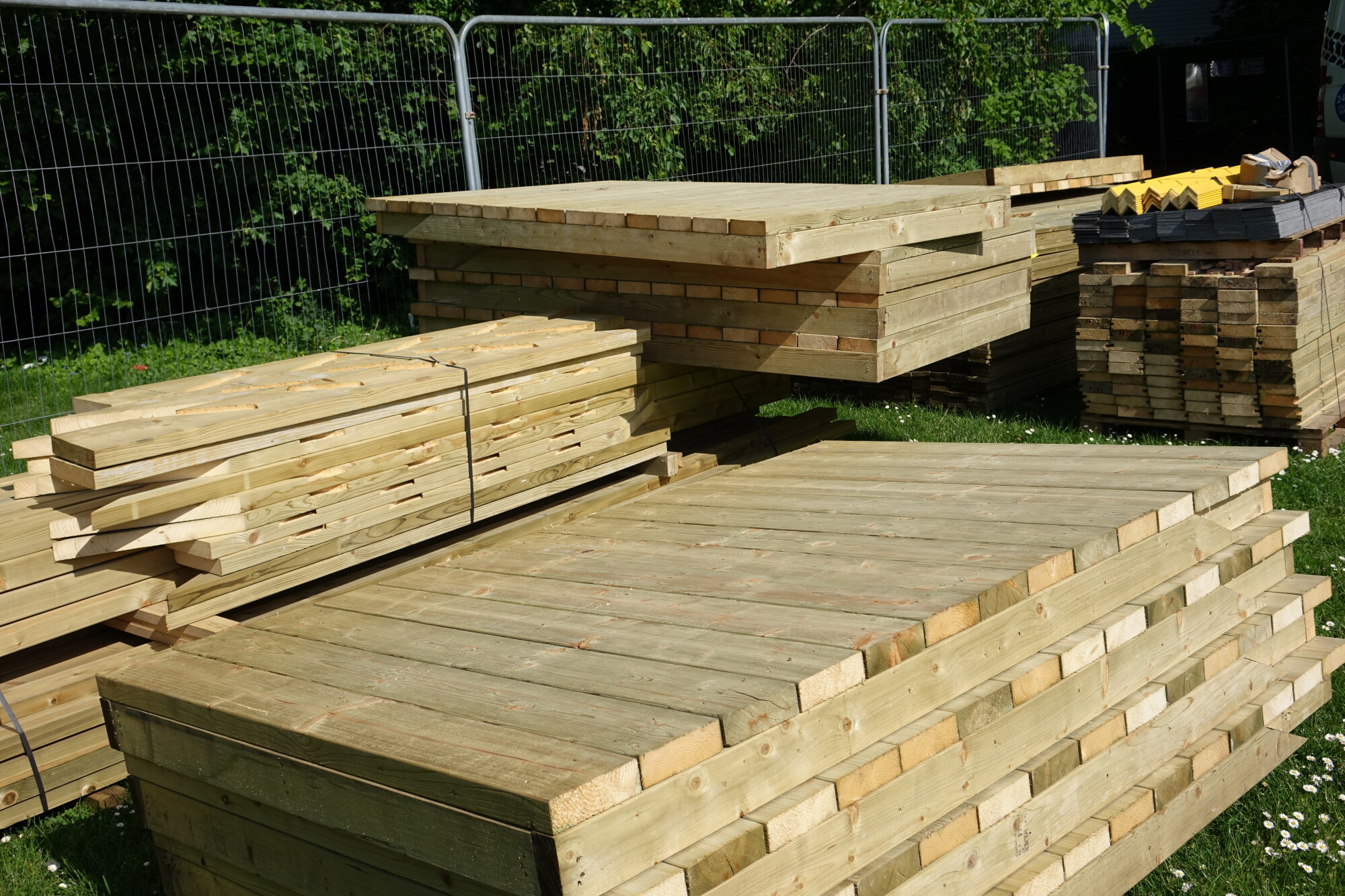 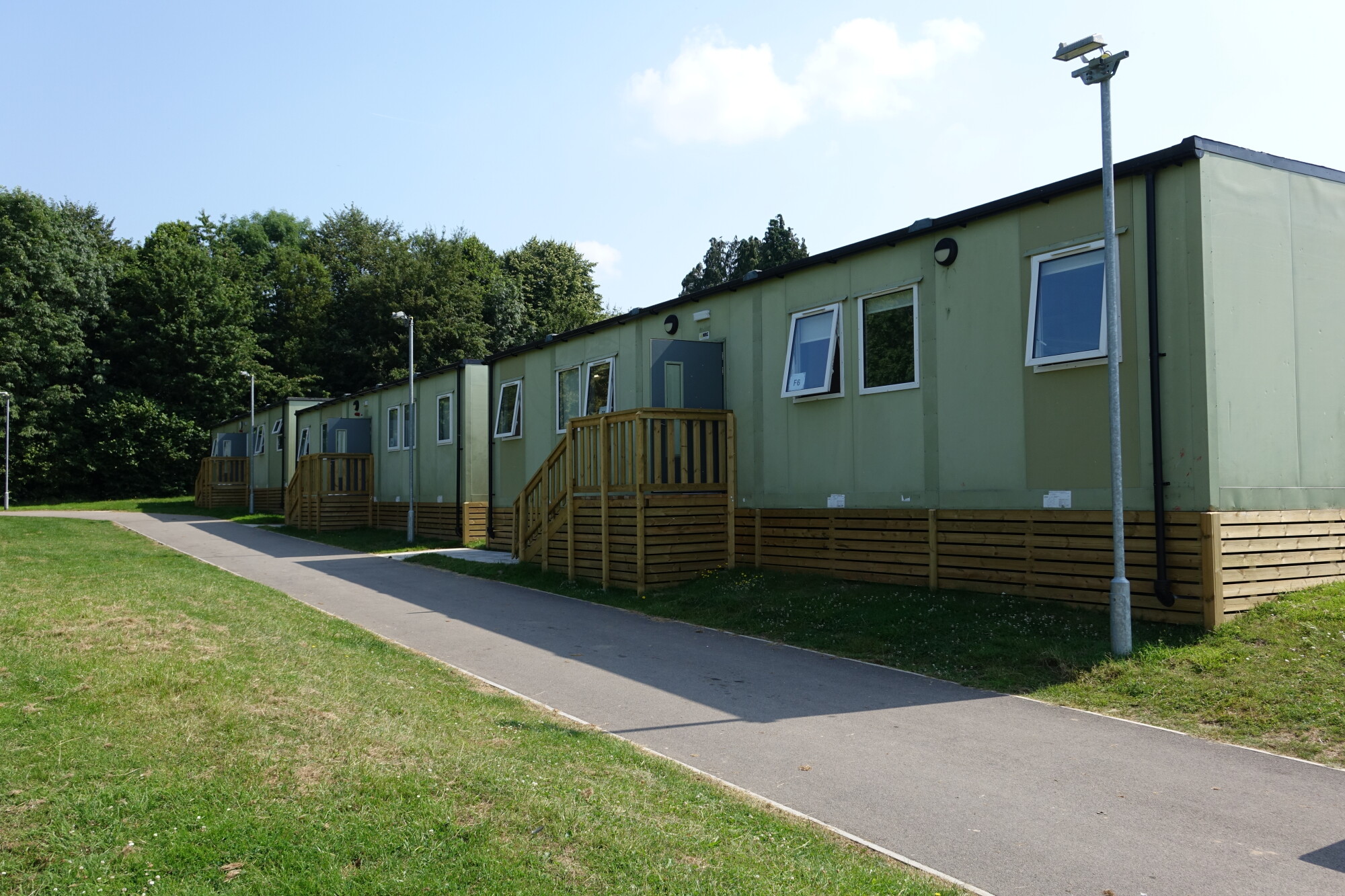 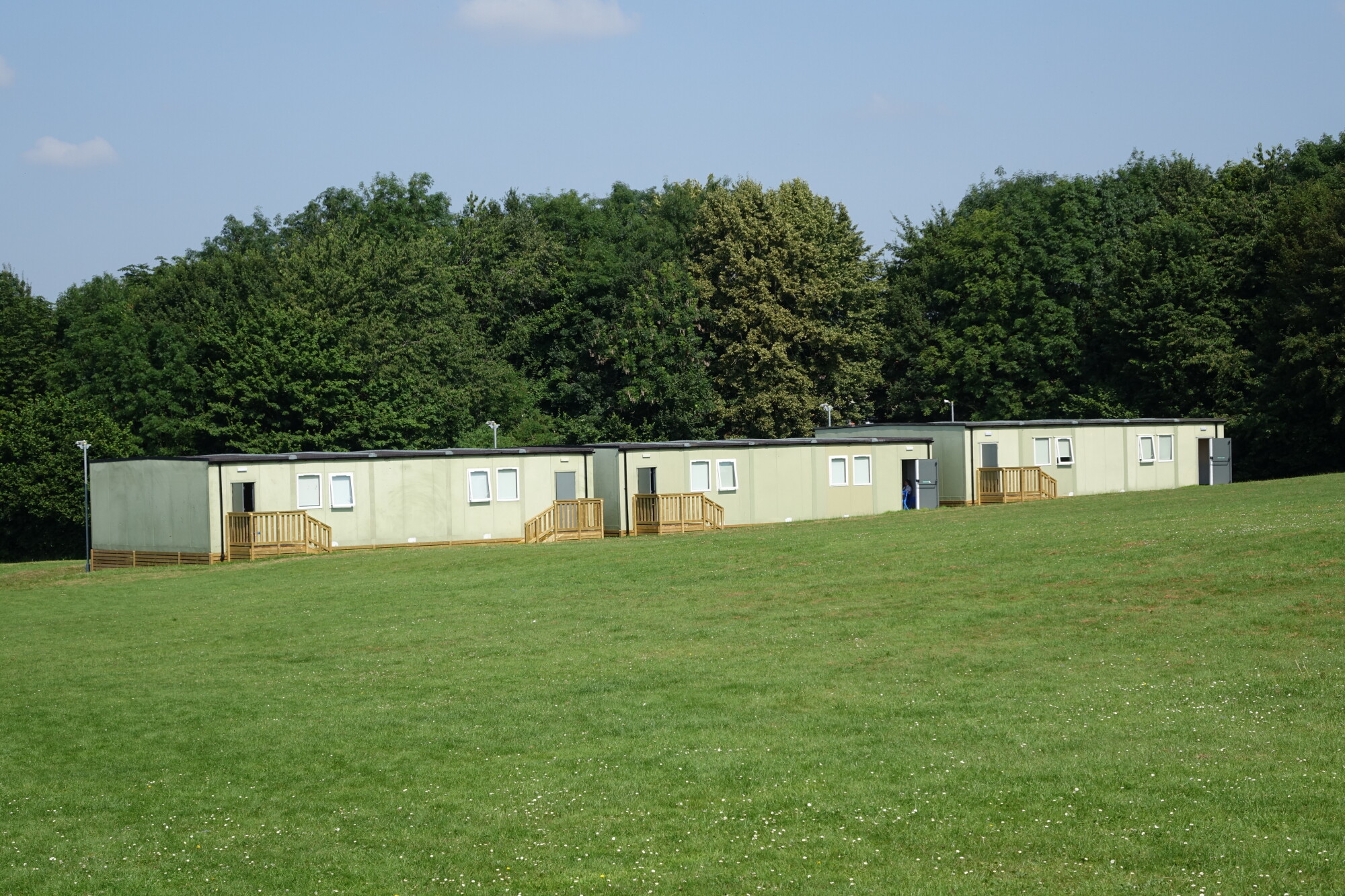 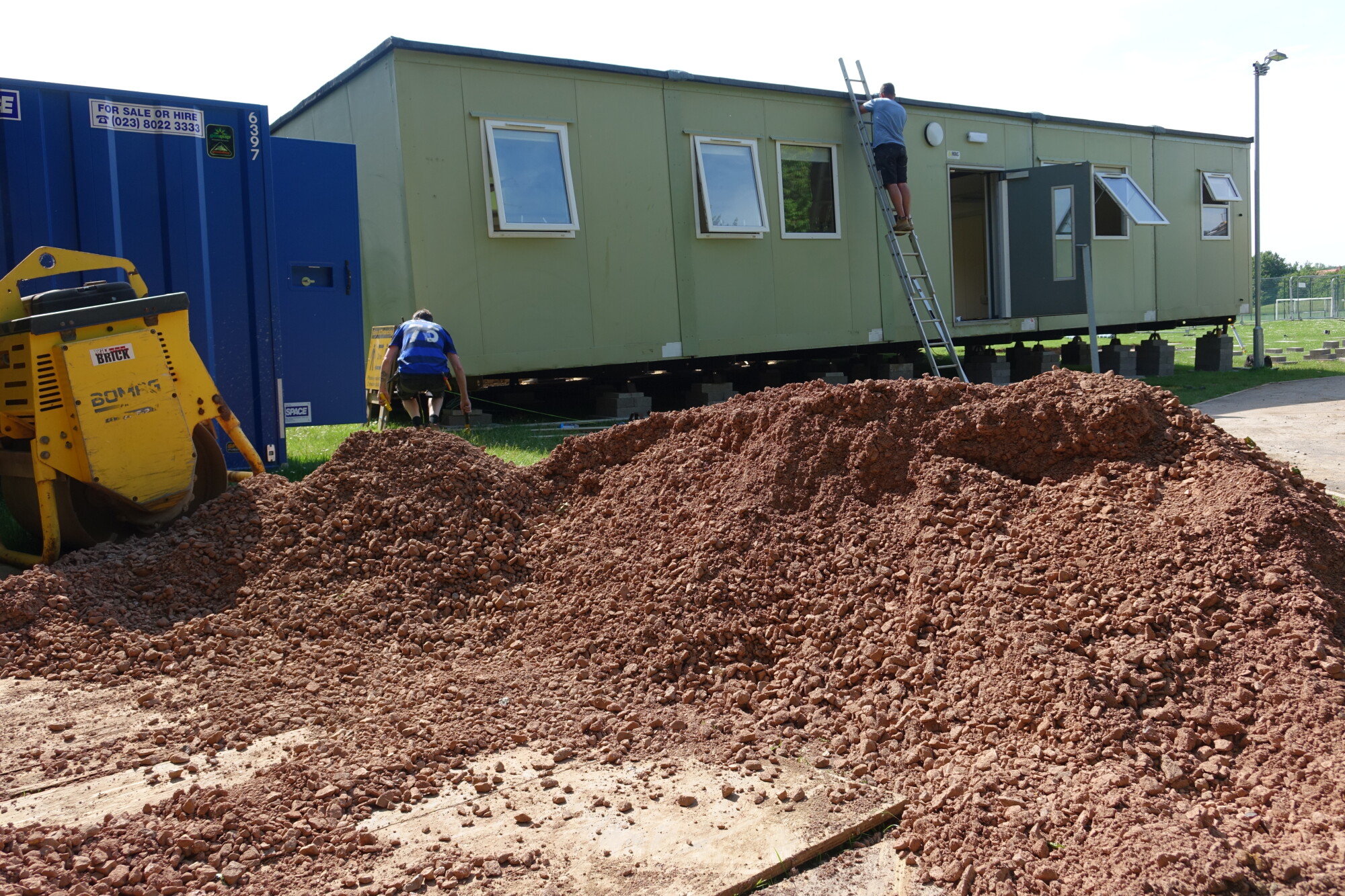 The start of our long-awaited SCOLA building reclad project finally took place. The plan was to phase the building work, to minimise disruption, which meant only a few classrooms at a time would be out of action. To compensate for the loss of classrooms we erected six modular classrooms on our school field, a short walk away from our 3G, all weather, sports pitch.

The building works started by flattening and strengthening the foundations of the field, where the buildings were to be placed, as well as drawing power from the SCOLA building itself (we dug up some of our staff carpark to run the wires underground).

Each modular classroom was fitted with a computer, whiteboard, projector, interactive smart board and speakers which is the standard for all of our interior classrooms.