At Testbourne we are committed to providing a caring, friendly and safe environment for all of our students so they can learn in a relaxed and secure atmosphere.

Bullying of any kind is unacceptable at our school. Testbourne will not tolerate bullying between any members of its community be they staff, students or the wider community. If bullying does occur, all students should be able to tell and know that incidents will be dealt with promptly and effectively. Anyone who knows that bullying is happening is expected to report this.

“Bullying happens when a group or individual person consistently abuses someone or another group physically, verbally, mentally or emotionally due to an imbalance of power. This can be because of their identity, background, religion or appearance.“

This definition is on the Testbourne Anti Bullying Charter.

The school works hard to ensure that all students know the difference between bullying and simply “falling out”. Friendship fallouts occur at times and occasionally there will be conflict between students. Bullying occurs where there is an imbalance of power that is persistent and deliberate.

Bullying behaviour can include:

This chart outlines the different ways that a bullying incident can be reported to us and how it will then be dealt with. 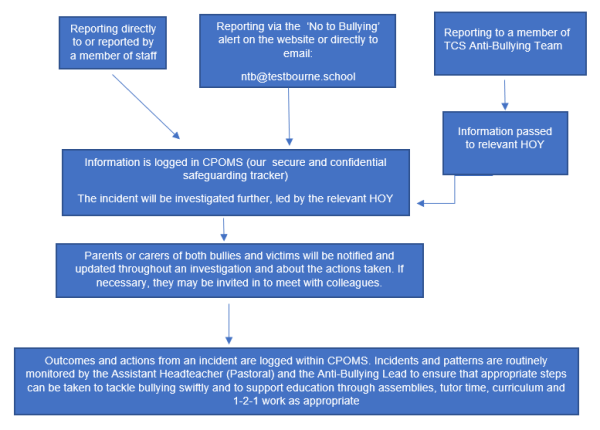 It’s not an exact science as human relationships are complex, but this table can be very useful in looking at which category it is most likely to fall into: 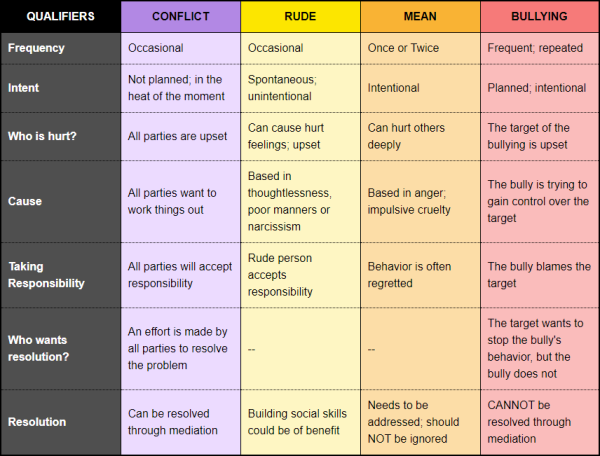 If you are experiencing bullying in school or know someone who is then please send an email us at ntb@testbourne.school to report this.  You can do this anonymously (we won’t know who you are) if you wish, however, it would help our ability to investigate the issue if you do give us your name.  We will only make contact with you if we really need to and we will do this in private. 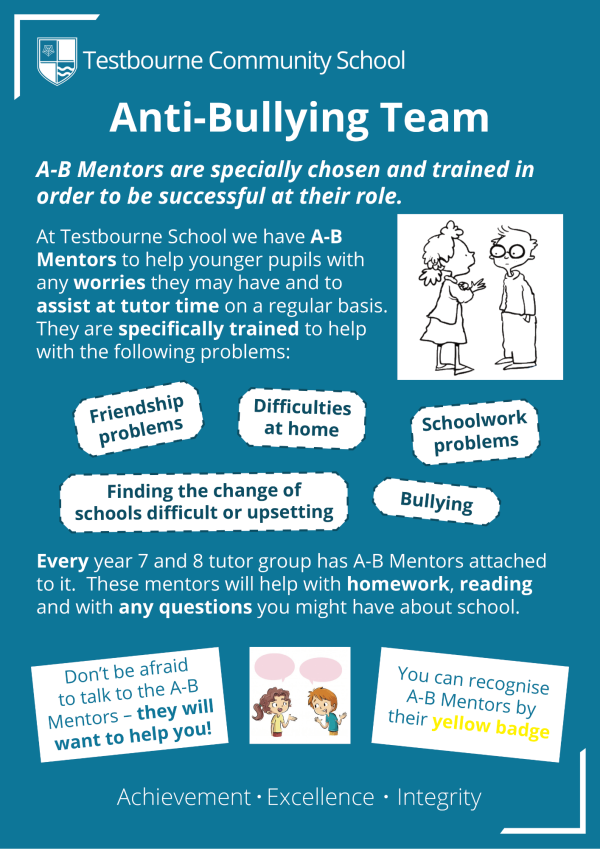