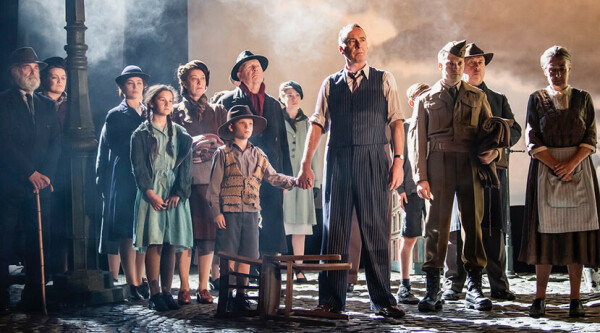 Earlier this term, Year 11 English classes travelled to Southampton to watch ‘An Inspector Calls’ performed in the Mayflower Theatre.  Overall, it was a wonderful evening, and an even better performance!

Here is an article written by two of our students who attended the trip:

On Thursday the 3rd of November, Year 11 were invited to see An Inspector Calls at the Mayflower Theatre in Southampton. On arrival, there was an excited atmosphere in the theatre as a mixture of schools and members of the public gathered ready for the show to begin. When the play began, we were slowly introduced to all the characters as the plot unfolded, allowing us to see how the writer- J.B Priestley- wanted their mannerisms to come across. In particular, the personalities of characters such as Sheila were well portrayed by their actors, creating a sense of drama in the play by exaggerating her childish nature. There were also several moments in the play which kept the audience involved in the characters’ development such as when Sheila brutally slapped her fiancé in the face showing an early feminist attitude by taking control- rare for women in 1912 when the play is set.

In the midst of mock exams, the trip was extremely beneficial to students in aiding their revision by helping to visualise the play we had studied in depth in a different form. As well as this, following the covid pandemic, it was great to finally take part once again in school trips after almost 3 years without them.

- Written by Emily and Jenny